2017: What should pre-retiree & retiree investors do?

2017:  What should pre-retiree & retiree investors do?

Answer:  Understand roughly where we are in the business cycle, fade the financial news noise and seek where value (not so-uber-expensive), opportunities may lie. 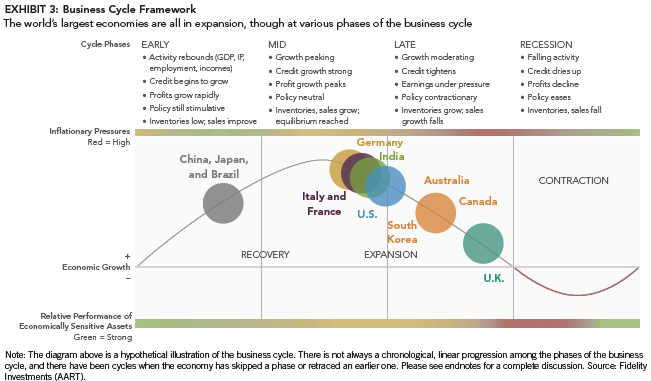 Also, understand that high valuations are a constraint to future asset price growth (see chart below).  *Note that forward P/E levels are more expensive than at any point since 2002. 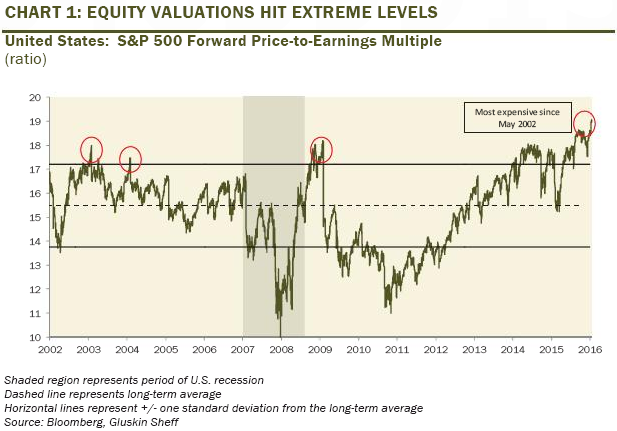 When only 3% of small businesses quietly see inflation as a major problem, despite 100% of every loud-mouthed investment advisor (NOT ME (whoa!  Is that too loud?)), saying so, why believe only the megaphones? 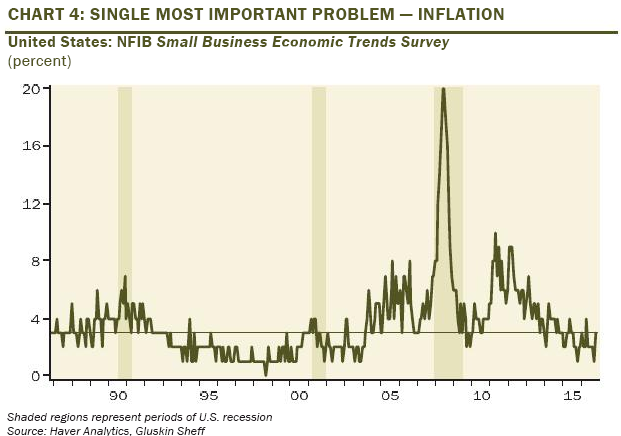 “Aging demographics and a burdensome debt load have been the pervasive constraints on growth and will stay that way for some time to come.”  David Rosenberg – Chief Economist – Gluskin Sheff – January 3, 2017

Too much debt and too much spending and demographics (people getting older), are chronic economic problems globally (in particular in the developed markets).  This will exert tremendous amounts of pressure for years to come to make it so investment interest rates in the U.S., stay historically low for a long, long time. 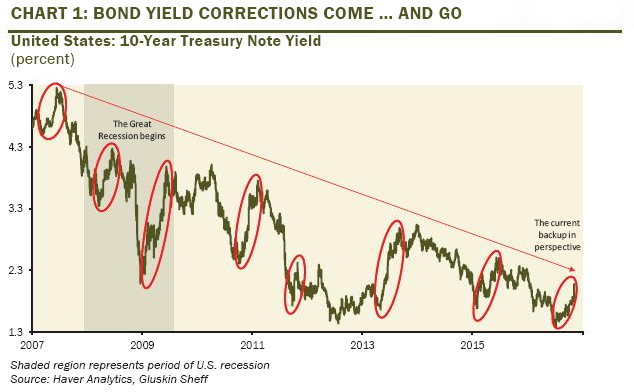 3.  Sell your commercial real estate (some exceptions) and REITS

No matter how you look at it, we are late in the business cycle in the U.S.,  and most developed markets.  Select Emerging markets are another story but will certainly be greatly influenced by the U.S., Federal Reserve’s interest rate cycle

Who knows.  Yellen’s term is up in 2018, will Trump replace her?  Who knows.  He signals he will, but who knows.  It’s apparent that the Fed wants to raise rates but with greater policy uncertainly forecast for the next two years than the previous two years, how much will that factor into their decisions?  We’re certainly seeing areas of inflation within rents, energy, wages and commodities, but when Ford Motor Co., is discounting new cars as much or more than they did in 2009 to move them, inflation isn’t rampant in all areas of the economy, that’s for sure.

Here’s a slide (below), from a recent presentation from Jay Powell (Voting Fed Governor and Board Member),  in late November (after the election), in DC at the Brookings Institute. 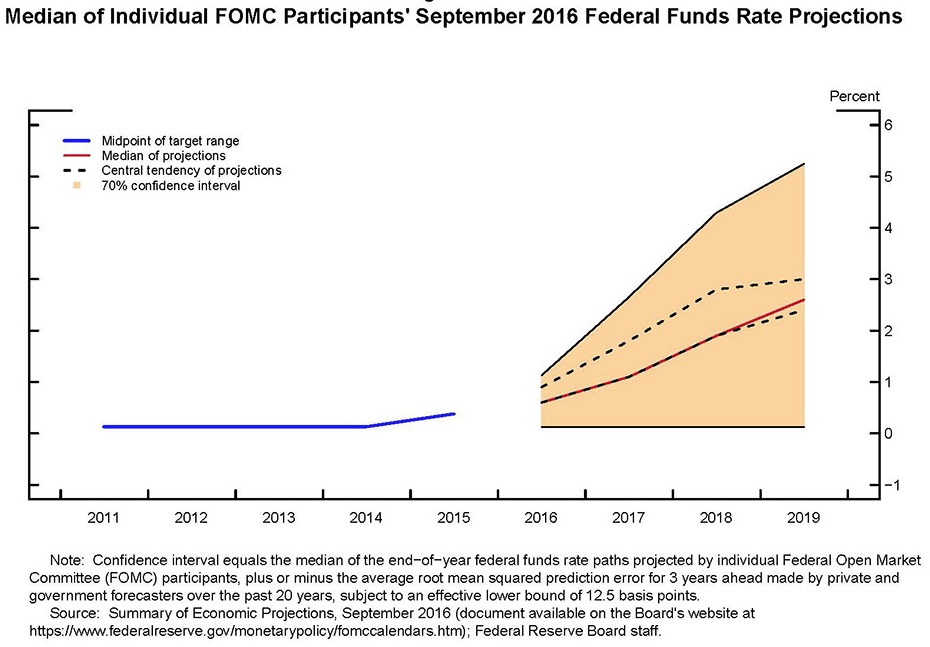 Client portfolios are well positioned for a variety of outcomes.  One thing’s fairly certain:  that this should be an ideal environment for active management.

Is it possible that S&P 2300 could be the threshold that navel gazers are looking at 10 years from now?

Earnings for the S&P 500 peaked in 2014 and have troughed and on a technical basis should continue to hook up based on the not yet proposed corporate tax changes that should positively impact net reported earnings; but remember, it’s earnings that drive stocks and ultimately indexes higher.  So, to that end, since earnings are cyclical, do you think it’s possible that the S&P 500 could turn down in a jagged, geometric way again?  Because I do.

Answer:  With the cumulative effect of this happening…

The above chart illustrates why select, low-cost, fixed indexed annuities positioned as private pensions can make so much sense even during the deferral phase (pre-income distribution).  The sucker punch for investors this year will be if they, thinking that interest rates will rise materially, wait on repositioning equity-only investment dollars into such a strategy, only to find that that doesn’t happen and the annuity costs increase and the rates they promise go down.

You might consider letting me explain the benefits of the investment tied to the hypothetical chart (below) some time in early 2017. Hint: Green is good and red is bad. 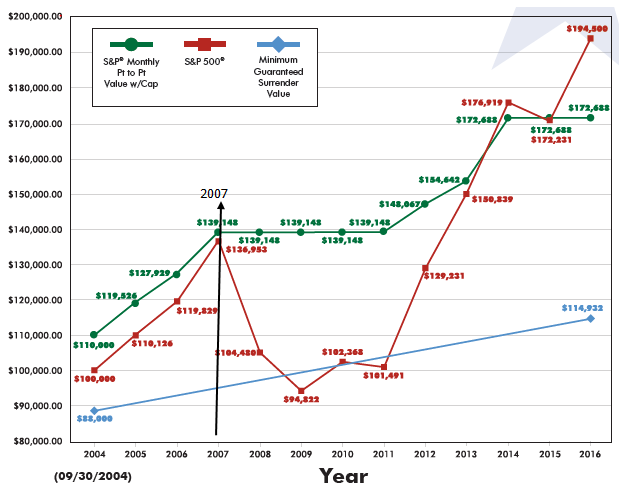 “While Reagan-era comparisons are compelling, the country is in a far different place today than in 1980.  Debt levels are much higher, interest rates are much lower, equity valuation is on the north side of the typical 10x-20x range, and we are at the tail end of a demographic boom rather than at the beginning.”  Jurrien Timmer, CFA – Fidelity Institutional – Director of Global Macro – January 4, 2017 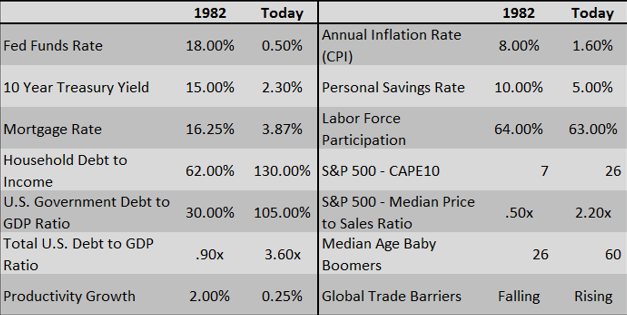 If I’m pre-retired/retired, how should I be thinking about my investments at present (in simple terms)…

These sources or “buckets”, let’s call them, could be organized into three categories:

Recent end of 2016 additions to portfolios:

Bucket 1) Liquidity:  Secondary market Step-CDs where the interest rate coupon on the CD steps up each year the CD exists in case of higher interest rates;

We don’t know yet… 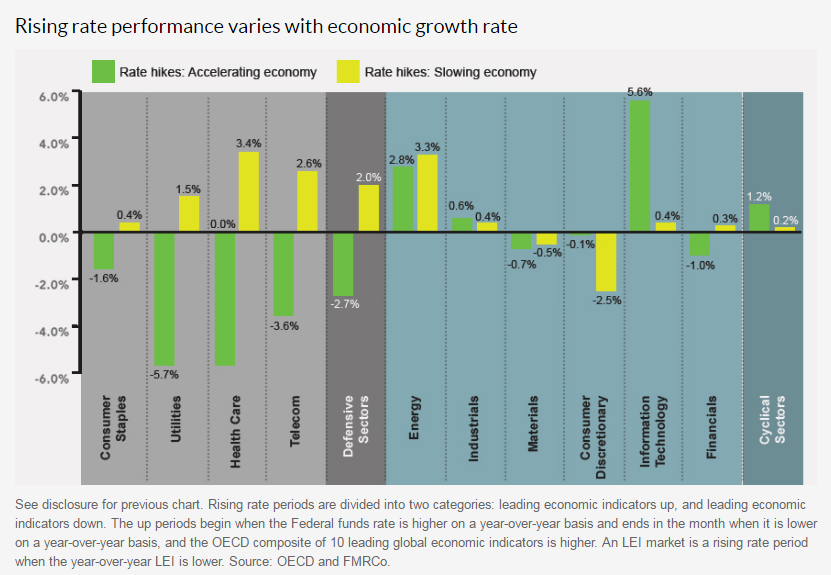 The debt, spending and aging demographics mess we’re in ain’t gonna be a light switch, ok.

Thank you so much for your trust and your business and/or your interest in learning about how we can help you and your family.  I have a great job and people like you make it possible.

Have a safe and wonderful Winter!

This is a picture from the webcam looking towards Mount Craig, atop Mount Mitchell (highest peak east of the Mississippi), North Carolina - two days ago before the forthcoming snowfall. 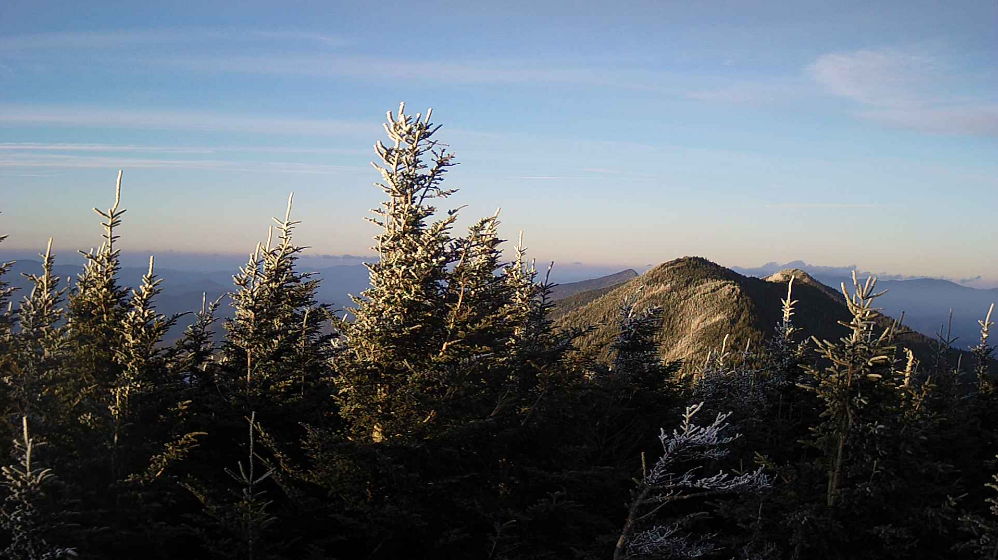