For some illnesses, having a mutation in one specific gene usually – but not always – causes disease.

“While America, at least on the surface, was the envy of the world for its apparent success and prosperity, the underlying cancer of debt expansion and declining wages was eating away at the core.”  Lance Roberts, April 18, 2016 – “The Great American Economic Growth Myth”

When I met Richard Koo, Chief Economist of Nomura Securities (in Japan), in Princeton, NJ nearly 14 years ago, I knew he knew a lot about something that I had a hunch about, but I wasn’t able then to fully understand or articulate at the time.  That was the concept of the Balance Sheet Recession and how that principle could create what I’ll call a massive, Global Capital Market Mutation.  He has since authored several books on the subject and is considered to be the world’s foremost expert on the subject.  Government leaders, investment banks, insurance companies and universities pay him to come and speak – and they should.  He knows his stuff.  Also, he is a very likeable guy.

When I started digging deeper into his work and the work of others on the subject, some things became crystal clear for me.  Interest rates would cascade down globally and stay low for a long period of time.  And consequently, relatively safe income producing vehicles would become scarce.  This was during a time when money market rates were around 6%.  This line of thinking at the time was NOT main stream; it was met with laughter and mockery.

This is a slide from a presentation deck Richard presented in Berlin in 2012: 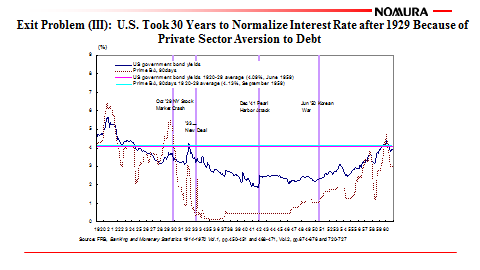 Now you may look at that slide and say, today, in 2016, U.S., consumers aren’t averse to debt (look at student loan debt, auto loan debt, etc).  Heck, they’re back to big-time borrowing.  True - in some sense.  Ironically, around the 2012 timeframe, consumers began releveraging in full earnest.

The slide might say:  “This time, it’s gonna take X years to normalize interest rates because of deleveraging. [my emphasis]”

Deleveraging hasn’t even begun in full earnest in the U.S., yet.

This is largely why I began Vickery Creek in 2009 to help sophisticated investors to manage thru such a stormy period.

So…around the July 2012 timeframe, the credit markets told the Federal Reserve that they had pushed the limits of unconventional monetary policy way beyond what was reasonable.  Additionally, during that time, the U.S., appeared to be on an economic trajectory that would be considered as “escape velocity”, sufficient enough to begin a process of interest rate normalization.

They passed.  They didn’t begin to raise rates then.

I think history will regard that time period as THE opportune time the Fed had to have done so; and for the Congress and the President to have introduced structural reforms such as tax reform, less regulation, and fiscal stimulus.  They did not, however, and so now, not only do we have on our hands a situation that demands that they stay their hands at raising the Fed Funds rate, but it appears that this interest rate cycle will be truncated not from 4% to 3.25% as I’ve said for years now, but it may be that the Fed can only raise the Fed Funds rate to around 1% before the yield curve inverts (for research on this see the Cleveland Fed website), and we then enter a true economic recession.   And then, how much can monetary policy help?  The Federal Reserve currently has 750 PhD economists employed.  Wow – THAT’S a payroll.  We’ll see how that payroll develops over the coming decade or so…

Now this is not the end of the world and you may be reading this and saying, “Dude.  Jack is SO negative.  Why can’t he be more optimistic?”  Or, you may be thinking to yourself, “So what?  All I know is that my 15 year mortgage rate is 2.75!”  I could understand having both responses.

I do not have the ability to BLOG the sheer volume of thoughts and concerns I have presently about the situation so please let me just click off a few big concerns and implications for investment strategy.  Hopefully these bullet points, (though I’m not expanding greatly on them), will dovetail into some recommendations (What you need to do), for pre-retired and retired clients. 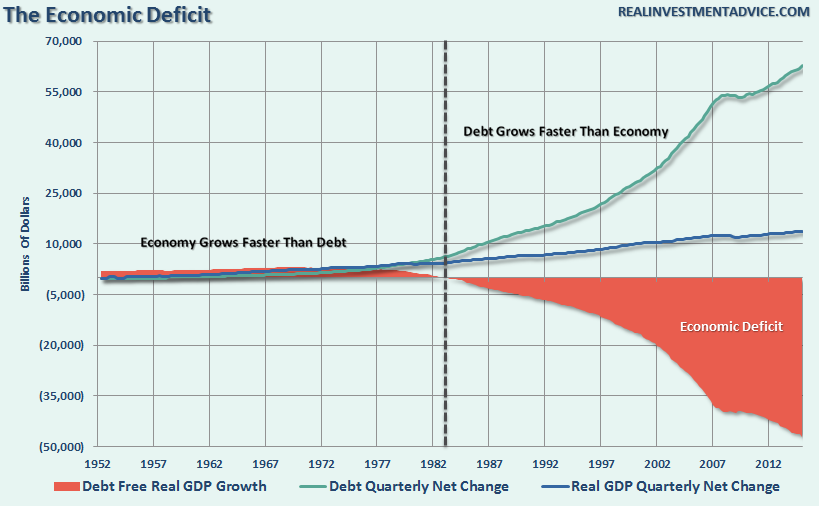 What you need to do:

What I think is going to happen: 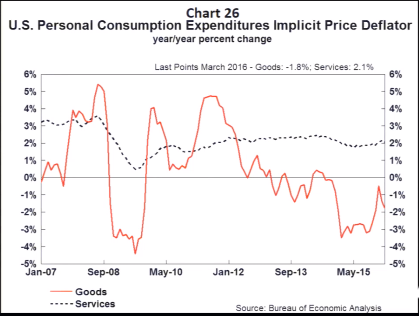 PS - From our family to yours have a great summer! 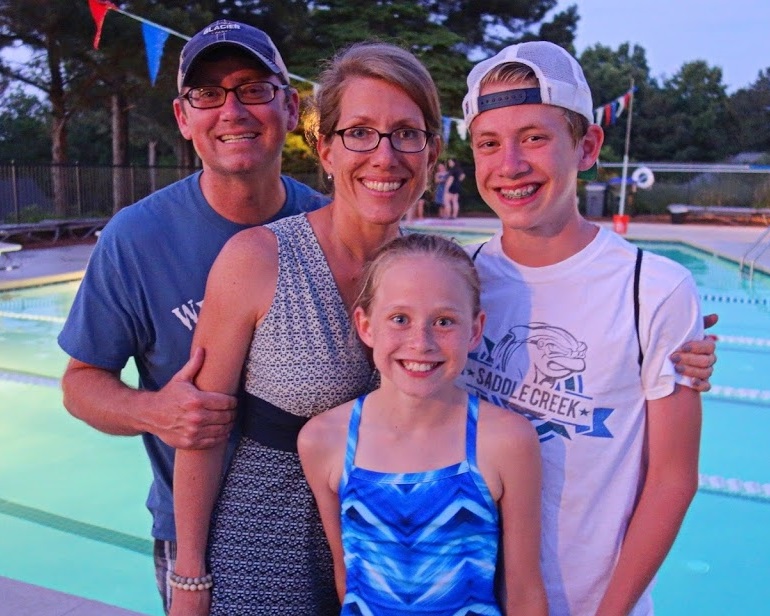