The bond markets are temporarily broken

"There can never be perfect safety either in money-lending or in other classes of credit transactions and deferred payments.  Debtors, guarantors, and warrantors may become insolvent, collateral and mortgages may become worthless.  The money-lender is always an entrepreneur.  Every grant of credit is a speculative entrepreneurial venture, the success or failure of which is uncertain."  Ludwig Von Mises from his book, Human Action - A Treatise on Economics - The Scholar's Edition

"...[The Federal Reserve's] excesses and inconsistencies in oversight and enforcement make the financial system vulnerable to manipulation and breakdown."  Former Federal Reserve Chairman Paul Volcker from his 2018 book Keeping at it

Greetings!  I hope that you and your's are faring well despite the incredible, Orwellian times we're living through with this virus scare.  I am no virologist so I'll not weigh in on predictions about the potential severity of the virus, the potential spread rate, the potential vaccine availability, how long this might last, or any of that.  I'm happy to discuss it with you privately; and it's safe to say I am thinking about possible scenarios for sure, but I won't be discussing that here.

By way of update:  The Federal Reserve lowered the Fed Funds rate to zero and has had (by my count, I think it's accurate), ten announcements of programs designed to stabilize the economy and markets.  The most recent one (as of this writing; at least several more may be yet to come, I believe), addresses a key issue:  SOLVENCY.

Just because the Federal government can borrow 10 year money at 1% doesn't mean that companies can borrow money at low interest rates.  It doesn't help when the company's receivables instantly stop flowing.  The Treasury's 0% Fed Funds Rate doesn't stop the sucking sound of a company's cash balance, credit line, nor does it help a company's ability to to make payroll and pay expenses at a time when they may have no income coming in because economic activity coming to such an abrupt halt due to dealing with this virus.

The bond markets are temporarily broken.

"Fully 55% of the bonds in the high yield bond index trade for less than 80 cents on the dollar."  David Rosenberg, Rosenberg Research - March 18, 2020

At present, price discovery for quality bonds with duration over 2 months into the future is like walking around in your house with no lights on, with bare feet, hoping you don't stub your toes; feeling for a wall, a door, looking for something familiar to get you to a light so you can see more clearly.

For what it's worth, it's a GREAT time to buy and a terrible time to sell bonds (positions should've already been sold in advance of this I'm sorry to say or your sell prices are gonna be no bueno).  "No bueno' is a very technical, bond-nerd term (trying to use levity here).

Clients who came through the door from 2008-2010 can tell you that I picked up INCREDIBLE corporate bond yields north of 10% for them with really good companies, but you gotta be really careful and also very accurate at this.

Example:  Let's pick on a corporation and a bond that's getting hammered right now and it's also in a bad sector (energy):

(By way of update, our speculative energy sector bond exposure is very, very light.  A conservative, natural gas example (not speculative in my mind at all), Kinder Morgan's 8.05% to 2030 Senior Corporate bonds with an investment grade rating of Baa2 / BBB.  These bonds were trading at $141 just 3 weeks ago and some bonds changed hands today around $108 (that's a whopping 23% hit to the price), providing an investor a juicy yield of better than 7% per year.  Ten years of reliable income at 7% per year?  I'll take that.  That's very attractive (in my estimation), from a risk/reward standpoint.

- Murphy Oil Corporation:  70 year old+ company that has been through several commodities cycles.

The main bond traders I work with (they're working from home currently), know I'm not afraid of a 'smallie'.

I may have shared with you that I LOVE to catch smallmouth bass on the south fork of the Shenandoah River in Virginia; I sometimes call 'em 'smallies.'

A smallie (totally my term, not a technical term AT ALL), is a 'smallish' total outstanding principal amount bond say $100 million - $800 million in size (and tied to an issuer that doesn't have numerous tranches of debt, just one or two total), versus say a $2 Billion bond that is one of many outstanding tranches.

An example of a great 'smallie':

In an environment such as this you HAVE to have three things as an investor:

"If you can keep your wits about you while all others are losing theirs, and blaming you.  The world will be yours and everything in it, what's more, you'll be a man, my son."  Rudyard Kipling 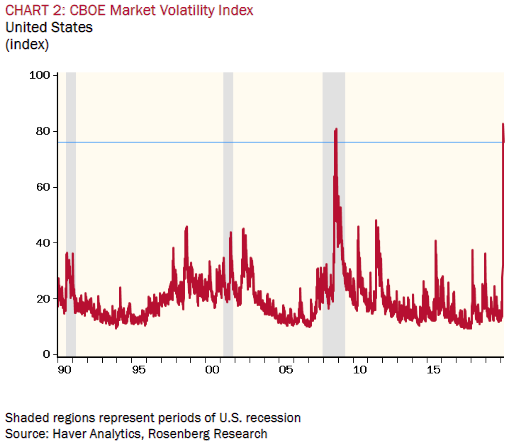 This (below), is a chart of the Financial Stress Index from December 2017 (before the January 2018 timeframe where we largely de-risked) through yesterday.

"The key to winning is poise under stress."  Coach Paul Brown

Investors are salivating over the government programs coming from Washington intended to backstop the economy and help stop the financial bleeding.

Eventually it'll be enough.  But for now, it's BRUTAL.

Please know two things (that are nearly opposite but hopefully helpful):

1) During the last big recession 2007-2008, the Fed had approximately 35 incursions into the markets to stabilize things (courtesy of Rosenberg Research, Toronto);

2) Currently, we've got more fear in the markets than we had during that time.

The bond markets are temporarily broken.  They'll settle down and get better, but for now, prices are crazy;

One area that has yet to get hit hard is investment grade:  I predict they're gonna get hit hard;

Example:  Four year Boeing bonds formerly A (currently BBB rated with a near certain near-term downgrade in their credit rating; yield went from 1.75% to 6%;

By way of reminder, we de-risked in a major way in January 2018 because markets were priced for perfection;

This uncertainty in the markets could get worse before it gets better...

That's why we have to remind ourselves of the three P's;

We are solving for income primarily and capital appreciation secondarily;

We have time to buy; nibbling is okay; but we don't have to rush; and what we already have is worth holding onto;

You're probably in better shape in your accounts than nearly everyone you know because Boeing is down 70% and that NEVER happens and Apple and Facebook and the du'jour stocks haven't really gotten hit yet;

Your accounts are generating generous amounts of income;

Municipal bond prices should get hit soon and we can put some money to work there; it's been very hard to for last few years because yields have been microscopic;

When we're down 5%-10% overall and the markets are down -30% and more, that's a good thing.  And the investments in your accounts still have over 10 more months to plow income into the account;

We'll make it through this.  This won't last forever.

Being focused primarily on securing income from your investments with fixed coupons rather than common dividends which can easily be decreased or temporarily eliminated, and also by being up the capital structure as a creditor (bond holder (similar to a bank)), you're more likely to receive income from the company in times of trouble than simply being a common stock shareholder (or simply the holder of shares of an index or a mutual fund).

Have a good week and try to remember the Three P's (above), during the weeks ahead.

Thank you for your trust and for your business.  I have a great job and people like you make it possible. 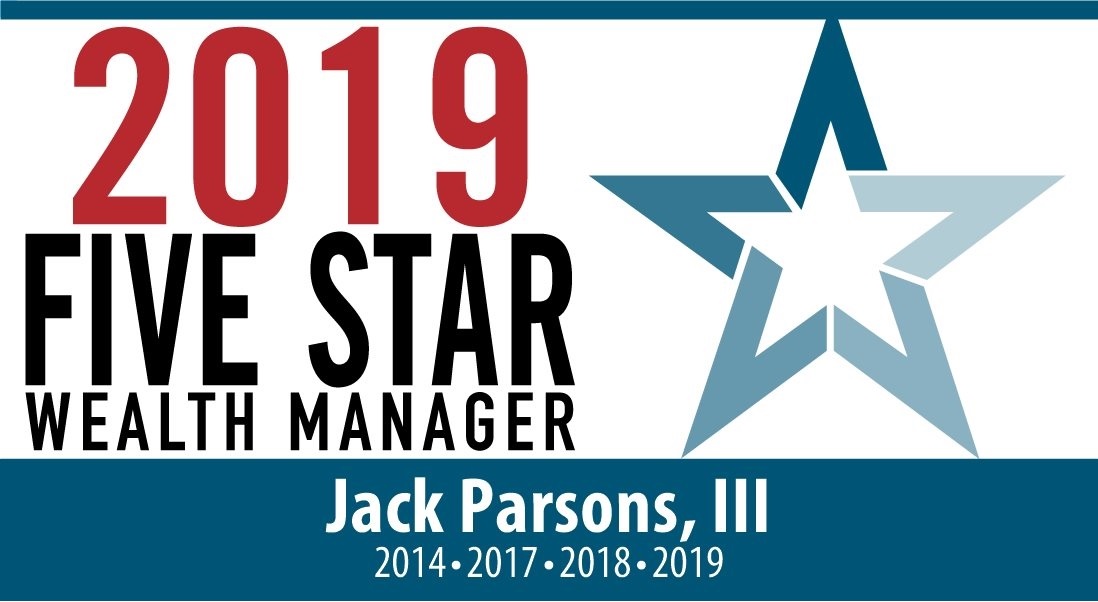