Being Right as Rain vs Mostly Right

"Criticism, like rain, should be gentle enough to nourish a man's growth without destroying his roots."  Frank Howard Clark

I sincerely hope that you and yours are doing exceedingly well.

I wanted to take a brief moment to update you (in between the March 1, 2013 edition and next year's edition), with a few thoughts about interest rates, the markets, the economy and your portfolios.

With all of this in mind, I am beginning to reposition certain lower-coupon, municipal bonds (though I must say that we have very, very few of these), that generally speaking have a 2029 final maturity and longer into higher-coupon bonds and also securities that do well in periods of higher inflation such as:  Senior Bank Loans (interest rates on that debt float), Equities, REITS, and Commodities.

I may be right as rain (and I may not), with the approximate timing of the Fed's moves, how and what they do, the approximate numeric range of overnight rates and even data points with respect to instruments like the 10 year US Treasury. What matters is what are the implications for your money and your future no matter what happens with interest rates and the markets, right?

I've recently gone through hours and hours of analysis, conversations with economists, credit market experts, bond traders, stock traders, owners of firms like mine, mentors and colleagues of mine, and I think the right thing to do is to make some adjustments early.  Lloyd Blankfein, CEO and Chairman of Goldman Sachs said just yesterday, "There is a significant risk of deflation". I understand why he said that, and I think we're early on this call, but it's better to be Mostly Right rather than trying to be Right as Rain. 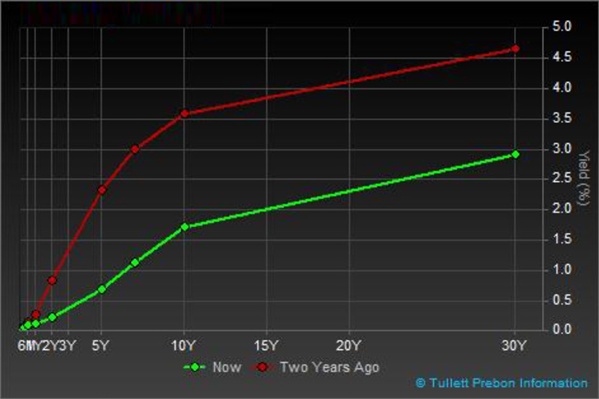 The bond trader I work with the most said just this morning to me - "Sentiment is now where you were (Jack), at this time last year with respect to where rates ought to be". Well said.

It is my strong opinion that the Fed risks pushing us into a decade or so of 1970's like cost-push inflation or stagflation by keeping the Fed Funds rate under 2% until 2015 at the earliest. Wage inflation has been non-existent for the last several years but appears to be carving out a bottom and that's the kind of inflation Bernanke wants - and he's going to do whatever it takes to get it. When it comes to unemployment, I hate to say it, but I think the 7% unemployment we currently have in the U.S., is most likely the "new 4%", unfortunately. We have serious structural issues (just like many developed economies), that monetary policy simply can't address.  My job as a fiduciary is not to try to solve the social issues of our time but to help you to make wise investment decisions - with the right mix of investments (asset allocation), for you and for your family.

They (the Fed), appear to me to be staying too low for too long; I think at this point they need to be removing stimulus and beginning to raise rates NOW rather than their commitment of keeping lower for longer. They are not because things are so fragile, it'd push us into a recession (nearly guaranteed) - BUT, I think it'd be okay - we've got quite a bit of resiliency in the US at this point - it'd be worth a brief, mild, profits recession (is all it'd amount to I believe).  Based on Bernanke's March 2013 paper, Low Long Term Interest Rates, he provides several possible trajectories for rates in 2014-2017 and beyond.

In closing, I am very comfortable with the bond recommendations and the stocks/etfs/mutual funds we own.

Thank you very much for your trust and for your business.

Have a great day! Talk with you / see you soon.

The next edition of The Chronicles of Reflation (part III), will be published around the end of January 2014