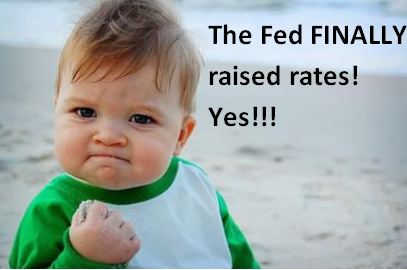 The Fed FINALLYraised rates!  Yes!  (I had to include the image of the baby fist-pumping!  I mean how funny is that?)

Since the July-August 2012 timeframe, asset prices have become so distorted due to ZIRP (zero interest rate policy), that it has made capital allocation decisions extraordinarily (historically so), difficult.

“Today’s rate hike isn’t going to hurt the economy; it will help the economy by signaling the eventual end to a policy that has distorted economic decisions for the past several years.”  Brian Wesbury, Robert Stein – First Trust Advisors – December 17, 2015

Late is better than Sweden or Japan

It’s easy to see that the Fed should’ve begun raising rates around the July-August 2012 timeframe, but intentionally got behind the inflation curve to try to juice growth.  Additionally, they had two opportunities earlier this year to raise the Fed funds rate but as I stated in October, they didn’t because 1) The strong U.S., dollar tightened financial conditions for them (the same effect as raising rates); 2) Credit markets sold off dramatically (and tightened financial conditions for them further). 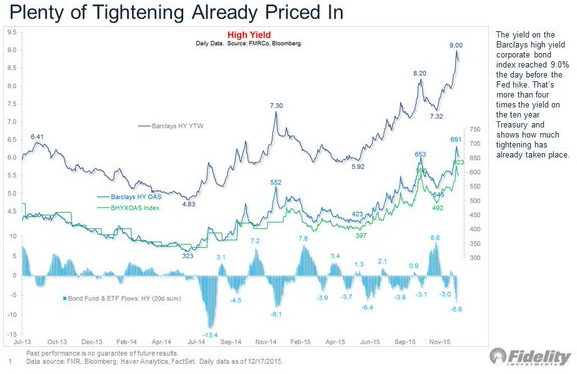 The Fed ignored the tighter financial conditions in the credit markets (which are not opinion, they are clinical fact).   The credit markets have frankly been adjusting interest rates for the Fed (Charles Plosser of the Philadelphia Fed warned of this for years that “the credit markets might not be as patient as the Fed wants them to be”). 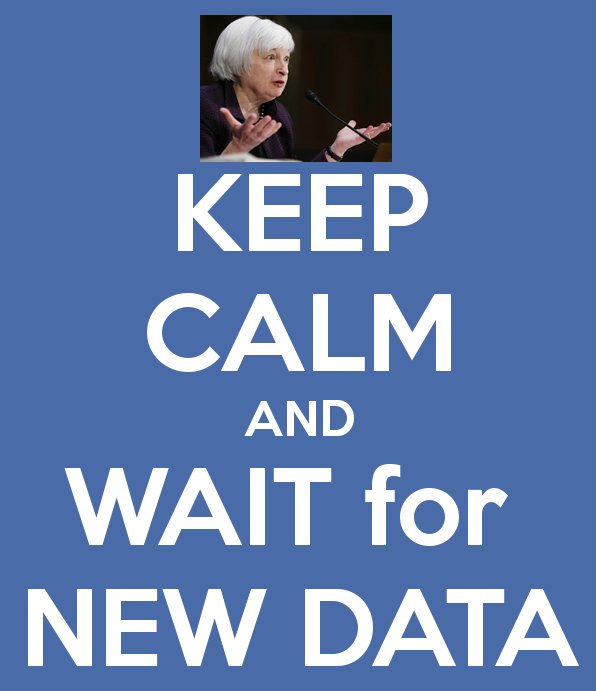 “What the Fed hasn’t done is say HOW the Fed is going to respond to the new data.”  Retired Philadelphia Fed President Charles Plosser – interview at University of Chicago – Oct., 27, 2015

Can you find anyone who is bullish on the U.S., economy?  Do you know what?  That’s bullish.

Though the manufacturing ISM is in contractionary territory (sub 50 reading), I agree with Goldman Sachs that this is a function of the uber-strong U.S., dollar.  I don’t think this is a recession forecaster.  We have endured several periods in modern history when these readings have been this weak and the U.S., has still printed 3%+ GDP.  Plus, being clinically observant here, manufacturing only accounts for 15% of GDP and non-manufacturing accounts for 85% and is in full expansionary status. 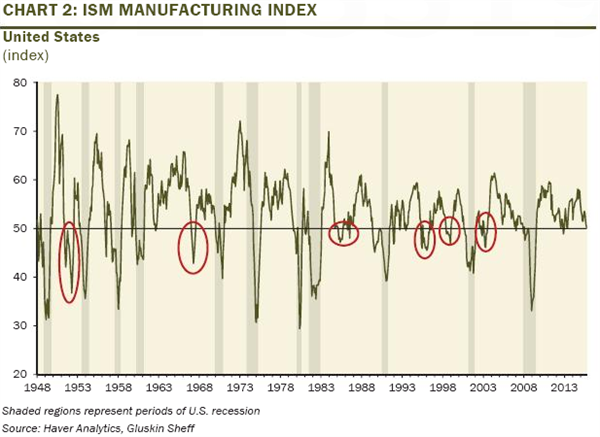 Active management had a tough year in 2015, but the head of passive (iShares head), votes active/passive blend for years ahead

The head of iShares, Russ Koesterich CFA, the largest passive investment manager in the world, said on November 28’th, “The more muted return prospects for traditional assets from here and rocky road ahead warrant a more thoughtful approach to blending active and passive investing in a portfolio”.

This ain’t gonna be easy, that’s why you’ve got to have convictions in your decisions, but you also can’t marry your forecasts.  You have to change your forecasts when the data changes.  Don’t have a forecast?  How do you know if you should grab an insulated parka or put on shorts?  (Especially with El Nino affecting temperatures the way it is thus far this winter)…

In October, I wrote, “this is awesome”.  I was excited about the opportunities that were beginning to present themselves in the credit markets as yields were beginning to get really good, but I apologize for being insensitive to the fact that four or five names within the basic materials and energy portion of our bond portfolios got clobbered on their price in Q3.  For some perspective, it was one of the worst environments for those investments since 1995.

Who knows where the price of oil is heading, but check out the jagged chart below.  That’s not a smooth pricing environment is it?  And we’ve seen rig counts reduced at the most aggressive rate since 1986 in response to the huge drop and so my guess is that we won’t be talking about $20 oil in 2018.  In two weeks, 2015 will be a distant memory.

In 2003, Bernanke was giving speeches about deflation, oil was at $30 per barrel, inflation was 1% (vs. 1.8% today), and the Fed raised rates by 425 bps in three years and notably the price of oil more than doubled.  It’s hard for folks to think that anything like that is possible for 2016-2018, but if history is any kind of guide, guess what?  It’s more than possible.  For much of 2016, there is further softness projected for oil’s price, but long term, it’s going up.  Count on it. 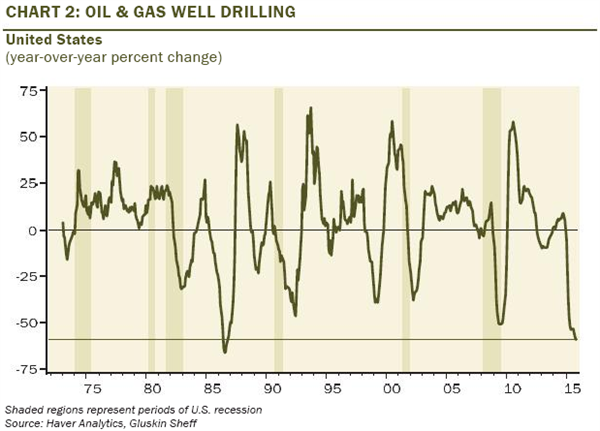 Hang on tight!  This is about to get REALLY GOOD

When U.S. Steel senior debt trades at 50 cents on the dollar and the market cap., is only 20% higher than it was in 1905, the U.S. Congress is slapping fines on imported and dumped steel and has passed one of the largest infrastructure bills in history, the company has $1B in cash on hand, a $1.7B line of credit untapped, are we nearing a bottom?  I think so.

XPO closed on their acquisition of ConWay at the end of October and at the end of November, Home Depot named XPO their mid-sized carrier of the year.  Remember, you can score 11% a year for 18 years with this company if you’re willing to take the risk.  See below a list of XPO customers… 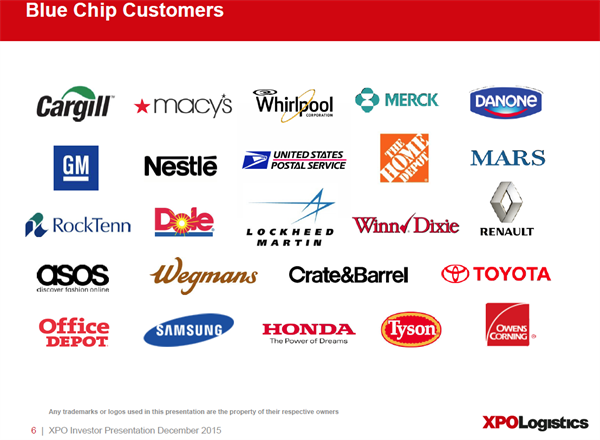 You know there are some real BARGAINS out there.  Now you can abandon ship like many folks out there, but this is the time to get excited and sharpen your pencil (I know I am and have been).  I know, it’s not pretty seeing a position like Safeway grocery stores’ bonds down 16%, now paying 8%, but with the credit agencies raising their opinion on them, and with what I see as a great investment, I don’t know why you would be in the selling frame of mind.  Buying a little more, maybe…

What’s about to be ushered in is the mother of all creditor-friendly eras in modern history.  You see, this ZIRP era created the most common-shareholder-friendly era in modern history as corporations borrowed like crazy and bought back shares to juice EPS.  Well, the gig is up.  Corporate boards are going to be correcting balance sheet imbalances more than they have since the financial crisis.  Know why?  They have to in order to keep the lights on and keep their jobs.

Electricity in the United States (like it or not, clinical fact), is driven by natural gas.  You can’t have electricity in the United States without Kinder Morgan’s footprint.  See chart below.  They bragged to everyone that they had never cut their common stock dividend.  Guess what happened two weeks ago?  They cut it…TO THE BONE.  They were projecting $4.4B in dividends and they are now forecasting $1.1B!  That’s awesome!  That shored up creditor protection.  Moody’s credit agency LOVED that move.  That was bondholder (creditor), friendly.

They have 8.05% non-callable BBB- rated (investment grade), senior unsecured bonds that are trading under par:  8.25% per year for 14.5 years.  Interested in income?  Do you think that bond is attractive even if the Fed is successful at getting the Fed Funds rate back to 4%?  You bet it is. 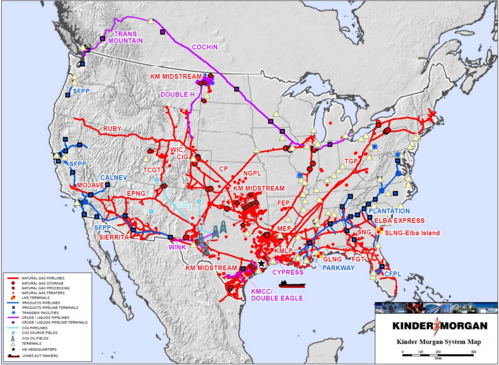 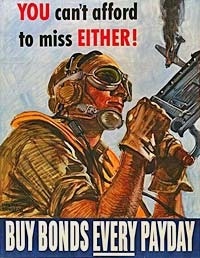 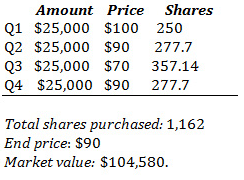 It works until it doesn’t

Emerging markets stocks are roughly 30% cheaper than U.S., stocks and that’s why we’re adding to New Zealand, South Korea and Singapore (NOT Brazil (currently in a depression)). 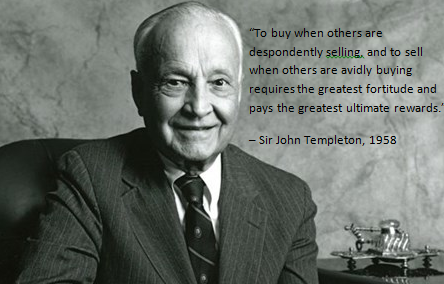 Please keep in mind that over the past 60 years, the Fed executed a series of meaningful rate hikes 13 times. The average High Yield Bond fund had positive returns in 10 of the 13 rate hike periods, a 77% success rate. Of the three negative time periods, two were down less than 3%, and in only one time period, February 1972 through July 1974, did you see a large loss.

Debt dynamics have certainly changed over the years

When I first entered this business there were 49 U.S., AAA rated corporations.  Today, there are 3.

“The junk market is attractive.”, John Manley – Chief Equity Strategist Wells Fargo (oversees $233B).  Wait – he’s a stock guy.  Why would he say bonds are attractive? 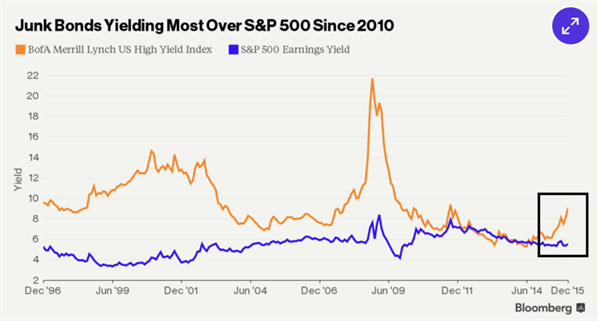 Also, why are bonds rated below “investment grade”, called “junk”?  Vernacular needs to be modernized…

Glad to see that my old firm (Bank of America Merrill Lynch), is in agreement about how it’s time to buy high yield. 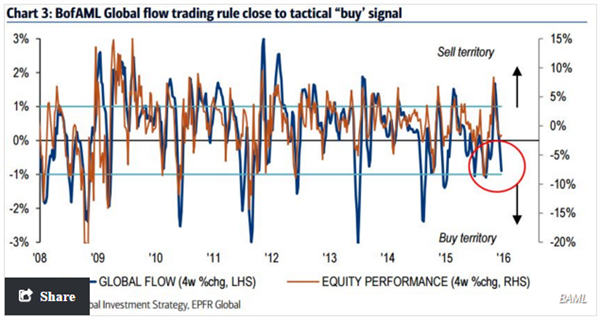 Remember, we’re not only a bond shop.  We like equities, too.  Everything in moderation, I think the saying goes…it’s just that the credit markets really teach us a lot if we only pay attention…

We are solving for a variety of outcomes here because no one can predict the future.  One thing we know for sure, and that is that 2016 will bring its own set of unique challenges and opportunities.

Have a wonderful Christmas holiday and New Year’s and start to 2016 with your family and friends! 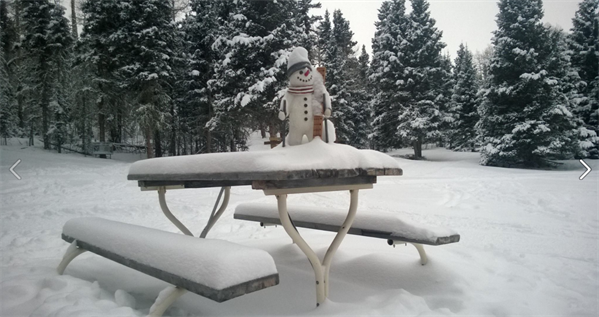 I have a great job and people like you make it possible.  Have a wonderful holiday with your family and friends!