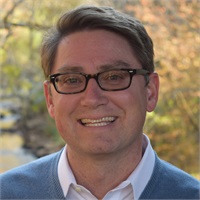 For nearly twenty-five years, Jack has been serving a select group of successful families and institutions.

Jack is one of the only investment advisors in the United States to accurately predict the historic drop in global interest rates from 2010 through to the present.

Before founding Vickery Creek, he managed several progressive and forward-looking client projects while at Merrill Lynch (for over nine years), that received very high marks from clients, upper management within Merrill Lynch, his peers, as well as from outside experts in their respective fields.Before Merrill Lynch, Jack was a Senior Financial Advisor at IJL Wachovia while going to college at Georgia State University in Atlanta, Georgia.

Jack has been a registered investment adviser since March 1997 and has been married for twenty-five years to Kathleen MacNeill Parsons and they have two children - Will and Caroline.

He left Merrill Lynch and founded Vickery Creek Capital Management in May 2009 mainly because he wanted to build a company focused exclusively on client service and truly helping people without all of the distractions brought on by leaders in the broker / dealer world.

His investment approach is informed by a proprietary, interest-rate-research framework that considers both top down, macro economic factors as well as micro-economic analysis which is determinate in focus.

Jack specializes in building client relationships by taking the time to become an expert of his clients. He builds and monitors client portfolios with an emphasis on sustainable income, total return and growth at a reasonable price.  He does this work using time tested valuation metrics combined with a keen understanding of how interest rate dynamics relate to risks in capital markets.

In 2012, Jack earned the Certified Trust Fiduciary Advisor designation from the Institute of Certified Bankers and the American Bankers Association.  Jack is a member of the Estate Planning Council of North Georgia.

In 2013, Jack was awarded the Accredited Estate Planner designation from the National Association of Estate Planners and Councils.